Been a long time from I have got near the build so needless to say a long way behind on things. I spent about 2 days trying to figure out exactly where I had left off which just happened to be in the middle of the wiring.
Glad I made notes but finding the file was another time consuming issue :)
I started on the wiper motor and got it wired up, It will need tested later when the power is put to the car for the park position.
Next was the washer bottle which had been a pain in my side for a long time not knowing where  to install it. Being plastic it didn't float my boat to say the least having it in the engine bay.
After a bit of head scratching I decided to put it in the drivers side compartment where the clutch and brake master cylinder lives. In doing this I had to modify the wiring loom a bit.
Once in place and wired I then made the decision just to fit one twin washer jet after talking to a few on the forum etc. The Jet is positioned 20mm back from the edge of the lip nearest the bonnet and 41mm from the screen rubber. This allows fitting room for the nut at the bulkhead inside. 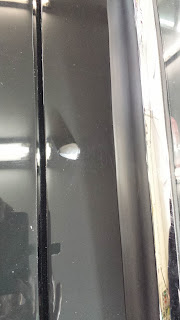 With the washer bottle now living in the compartment with the clutch and brake master cylinders I then decided to also put the fluid reservoirs for these in the compartment as well rather than the engine bay, this was down to both reservoirs again being plastic and I could not source nice stainless steel ones on the net anywhere. I then modified the brake level sensor wiring so it would end up in the compartment.
As the compartment is dark I have ordered  an LED light which I will install when it arrives which should provide good lighting for inspecting the fluid level of the 3 containers. I ran a couple of wires in for this light also. 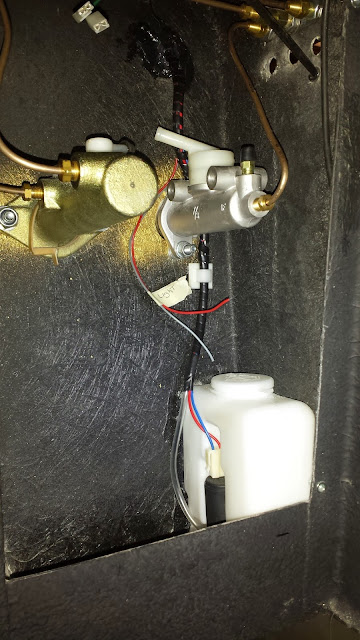 The only down side to this moving was that I already had the 6 holes drilled in the engine bay before the body went on for all the reservoir tubes so on the outside I had to make up a stainless steel plate to cover the holes not in use. 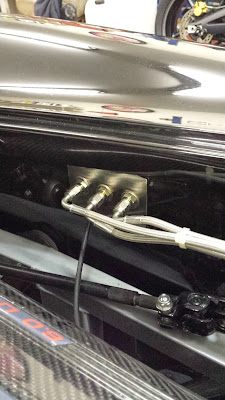