Took the Cobra out to check brakes etc and noticed when I got back some steam/smoke from underneath, thought it was enamel hardening on manifolds but noticed a dark coloured drip from one cat :OOOOOOOOOOOOOOOOO
Almost a heart attack later when under the pit at a fast pace,,,,,,,,,,,,,,,,, the exhausts where they ran under the chassis were heating the chassis up and guess who had the bright idea of putting loads of waxoyl down the chassis legs

.Bottom line waxoyl dripping from a few unused rivnuts either side onto cat then with the heat turning black and dripping onto the ground. Phewwwwwwwwwwwwwwwwwww not oil in the exhaust then as that was first flash that crossed my mind.
I guess I might of pumped way to much waxoyl into the chassis, Firstly tomorrow I will block the spare rivnuts with some bolts so no more waxoyl can flow through them when heated up, then I will on the next few occasions the car is out watch for further points where the waxoyl may find an exit point.

Got a wee while at the car today and a small drive to see if there are any rattles, knocks etc and also to let the suspension settle so I can get the Indicator height set.
With the brakes starting to bed in and the handbrake getting a little work I noticed it needed some adjustment. I had been talking to Andy about the right bolts for the anti roll bar and mentioned that I needed to adjust the handbrake as well. He suggested checking and adjusting at the handbrake calliper.
Took the split pin out and turned the adjusted with a large screwdriver until the brake applied then wound it back a  1/2 turn and replaced the pin, same with the other side. Job done and ready for another bit of bedding in to see how it settles. 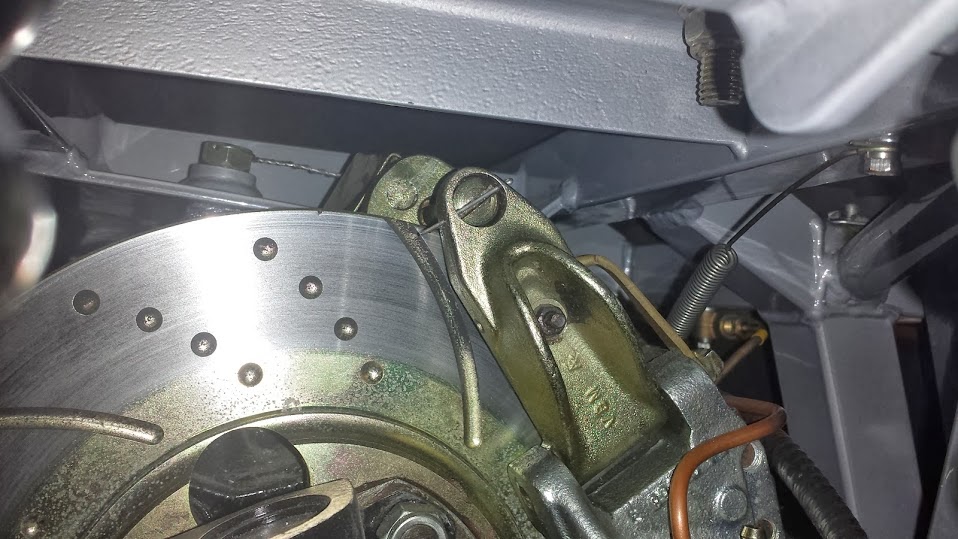 Another IVA job that was done last week was the dash radius, The carbon dash has to sharp a radius for the IVA so I took a large radius piece of ducting, cut about 90 deg out of it and covered it with foam and some black vinyl. Note also the not so sweet IVA steering wheel :( 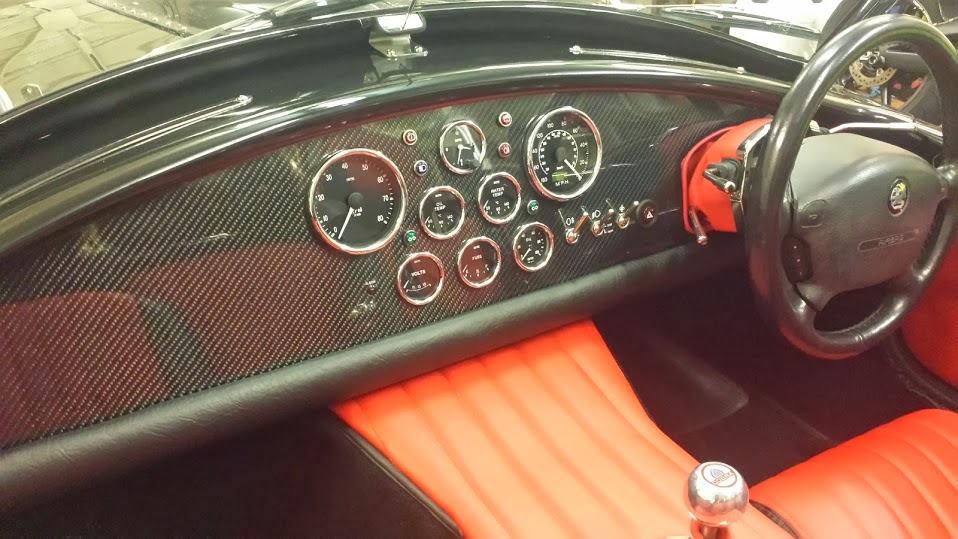 I noticed when having a test drive the Anti Roll bar arm bolt was catching the inner wing even though I had trimmed part of the lip previously, I trimmed the lip a bit more and took 5mm of the bolts either side and that's another job ready for testing again. 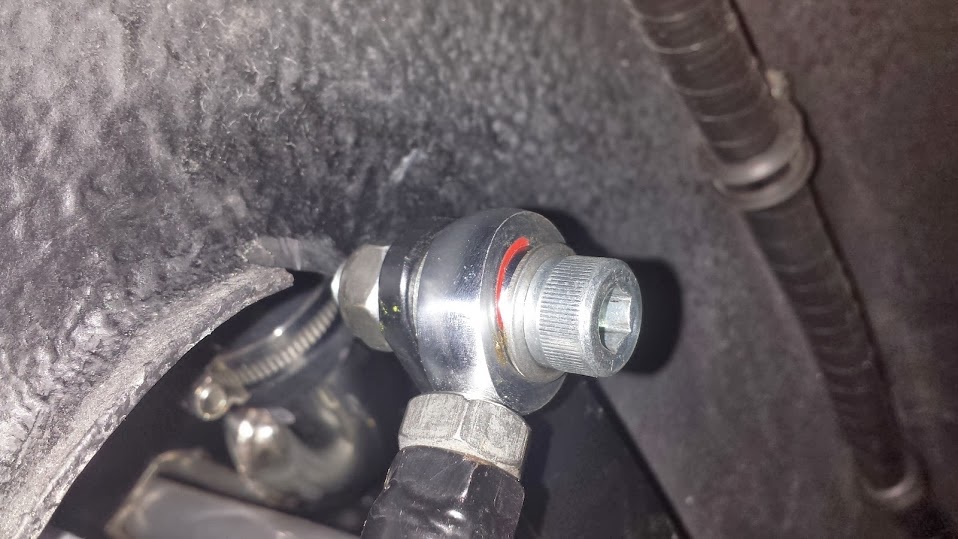 The GD IVA kit is on its way so hopefully that will be here in the next few days and I can get the headrests, silencers, boot handle etc fitted. Must go find another few jobs to do tmw :)
Posted by Cobra Rob at 12:13 No comments: