Made a early start this weekend and got stuck into the engine bay wiring and run the extra wires needed in the loom, for the oil and water temp, reverse feed and switch wire. Dumped some wires that were not need and spent ages getting the loom in shape for the cobra engine bay and getting it all nicely put together again.
Still got to make a few brackets to mount the clamps to. 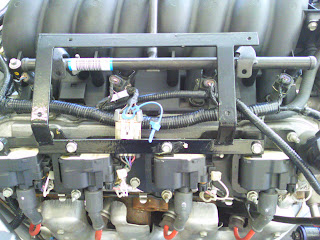 Started of with the passenger side and bolted the bracket on, well almost the center mounting hole in the row of 3 holes that go on the coil packs was a couple of mm out and so was the other bracket. Sorted the holes out and popped the brackets on. 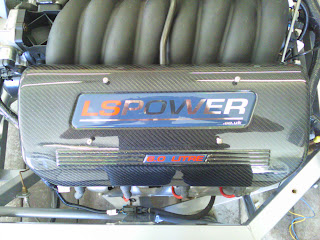 The crbon covers had GD pre marked the holes to be drilled. I opted for the pillar drill as a couple of the holes are on the radius and the drill bit could slip real easy. Anyways 6.5mm holes drilled for the M6 bolts and relief no slips. Passenger side tested out and its fine. 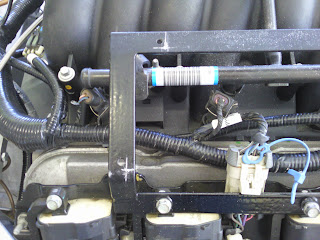 Problem,,,,,,,,, When I set the cover over the drivers side the holes were out miles, On the left hand side they were out 6mm on the horizontal plane and 5mm vertical. On the right hand side they were out 6mm horizontal and 7mm vertical. Took a while to get my head around where the error was in any case I could not re drill the covers.
I made several measurements and made sure the cover was sitting exactly where it was supposed to, cant really go wrong as the oil filler is on this side and its an accurate fit. Also on both sides you have the fuel rail crossing over.
I decided to cut the bracket to fix the problem on one side as the hole would be of the bracket.
Bracket cut and it took a couple of goes tacking it go get the exact position. 6mm across all over, 5mm down one side and 7 the other. 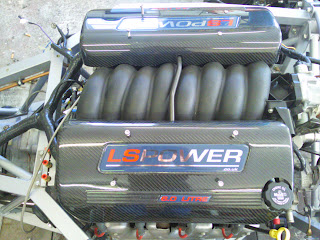 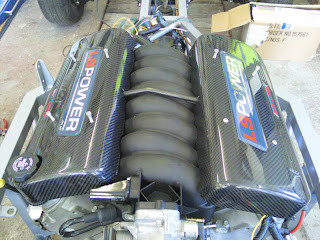