Big grin this evening, the dash is now finished, I can put it away for a while now until the car nears its completion. Well I just may take it out for the odd peak now and again :)

I used the GD dash loom and it was all pretty easy done, would of been easier if I had of had the main loom in the car and done the dash later but when the notion strikes you go with the flow.
The only aquard wires were on the Hella hazard switch which were
Green/white = R
Green/pink = 49A
Brown/green = 49
Brown/green = 15
Green/Red = L
Red/white = 58
Black = 31 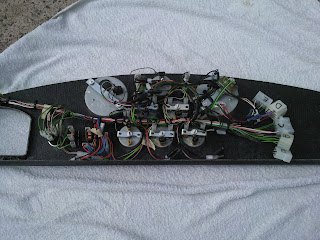 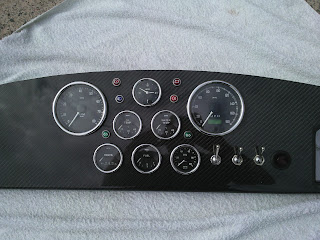 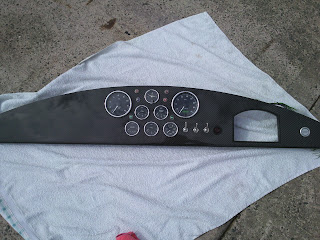 Tmw I was going back to the wiring but the Bonnet locks are now in line to get tackled by popular demand :)
Posted by Cobra Rob at 15:05