Started of the day making the infill panels for the passenger and drivers side of the Cobra. I had the GD panels that went back a bit but there has been so much talk of what needs covered like the wiper motor or any other edge under 2.5mm, stories of chaps getting failed for a cable tie that has got the excess removed hence i decided the easiest and most sensible route was to make a couple of panels, After all if the magic IVA ball cannot fit somewhere it don't count.#
Before I could fit the panels I had to replace a broken bulb on the clock, so the dash has to be mostly removed to gain access,.................. bulb changed and all back together again.
To mount the extra panels I used polyurethane sealer and some PVC facia I had kicking about which is soft and easy screwed into. The reason for this is that the flat face under the dash is only a few mm thick and the other side is in the engine bay , so BE careful on the length of self tappers used. Simple but effect the above pic lets a couple of self tappers retain the new infill panel whilst the front face slots into the GD panel that's mounted first. 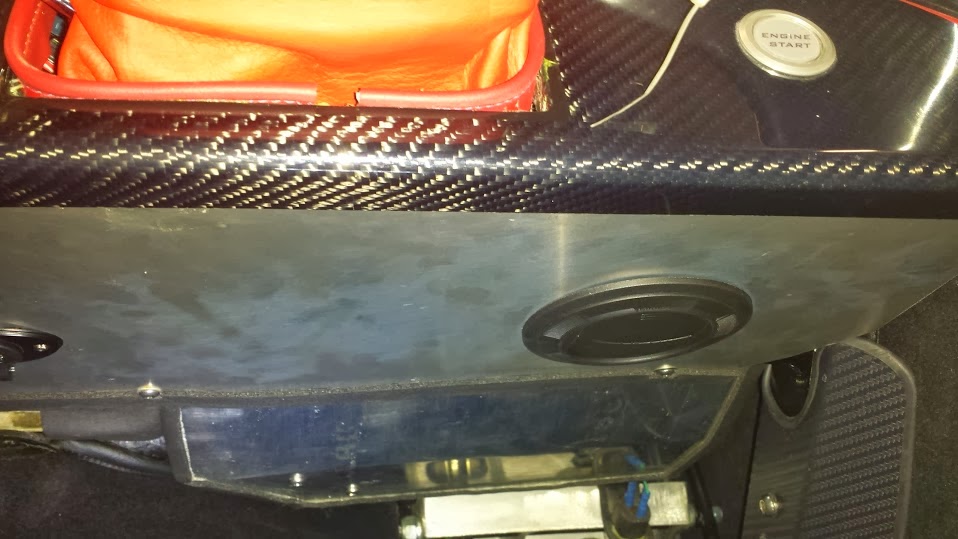 Panel in place and edged in foam so no sharp edges. 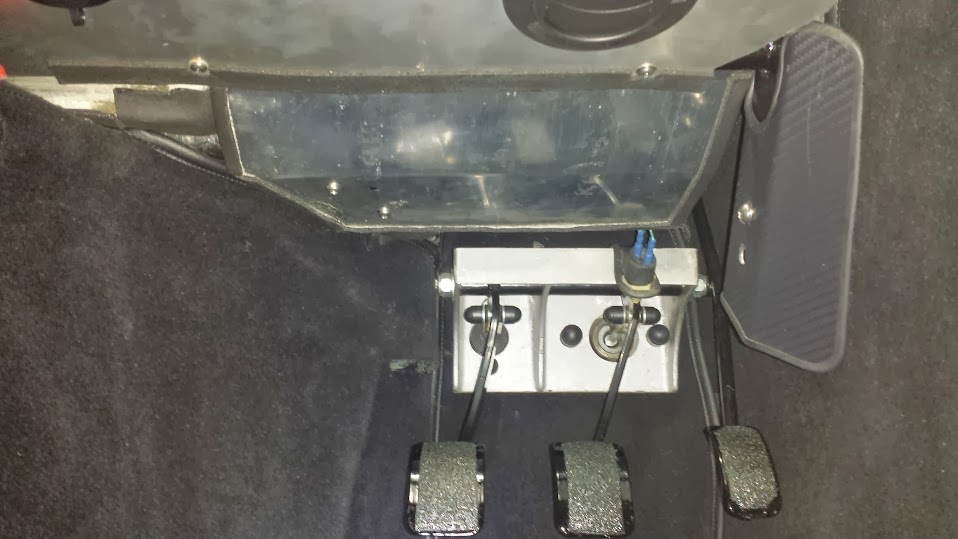 I used some plastic nut caps over the nuts though not really needed for IVA, the Screen cover has some edging around it to cover any edges and also a bit of sticky foam around the brake light switch. Pedals have a rough surface which is another IVA requirement. Cannot see any reason there should be an issue in this area.
Another bit that needed sorted for the IVA I needed rubber boots on the main power cable to the Alternator and also the starter, easy job but one easily overlooked.# 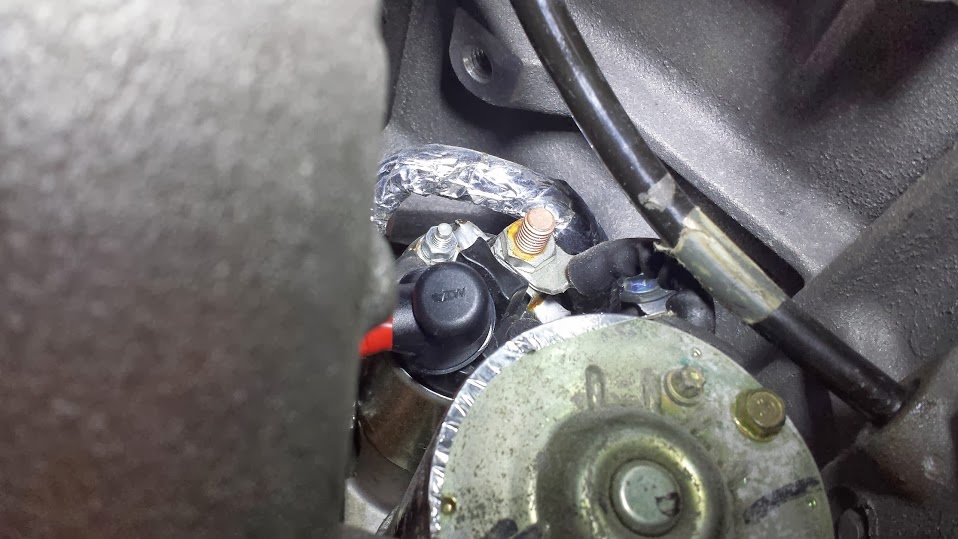 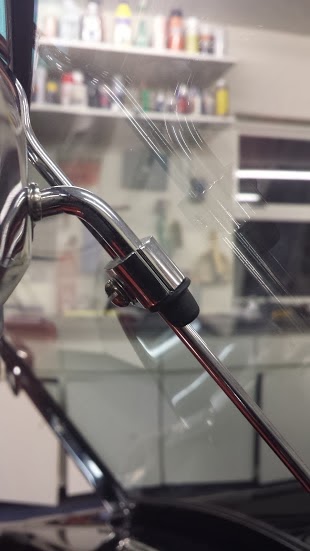 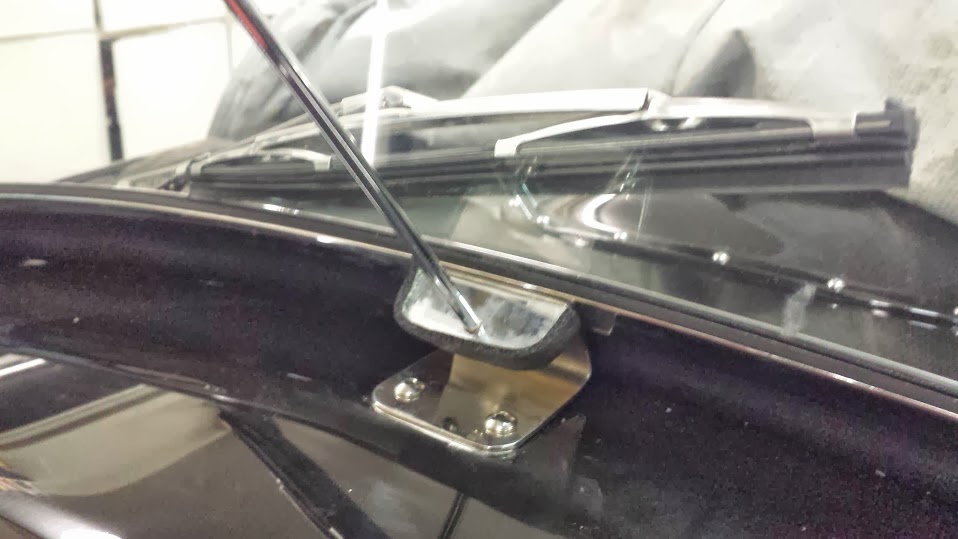 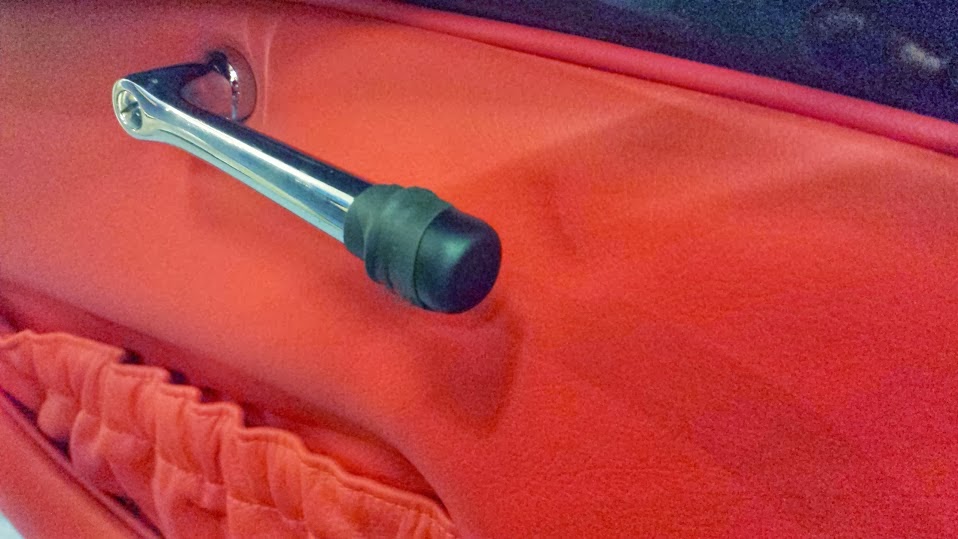 The above pic is the door handles and they need covered at the end as the radius is not more than 2.5mm.