Some progress pics, I stripped the GD loom back and added extra fan control wires as I wanted 2 stage switching on them. Also I didn't want the main body loom running into the engine bay and back out again where it could be seen so some mods were done 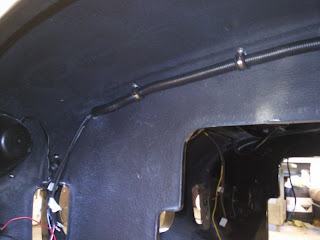 Loom now runs straight through the heater box/ battery compartment and down the inner wing. 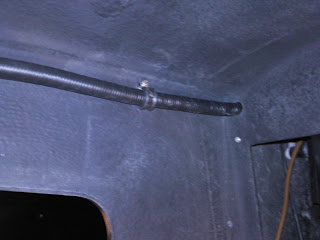 From there it feeds the NS lights and indicators and goes into the engine bay area up above where it cant been seen and a drop down to the fans. 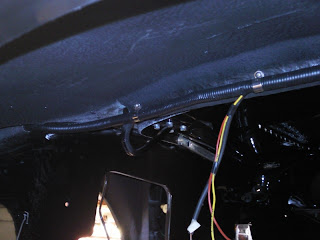 Cable then runs out to the OS and feeds the lights etc , runs backwards and a drop to the horn before going to the side indicator. 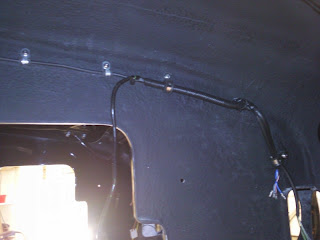 Took me ages to do this and still waiting on some waterproof connectors arriving for the lights and indicators.

I started the boot wiring as well, running the wires through the boot skin is a royal pain in the butt more on that later

don't understand why when bonding the inner and outer skin together at the factory they don't pop in the 2 cables a 5 min job rather than drilling fish holes that have to be covered up later. 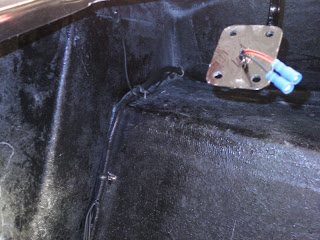 When i had the boot off I decided to sand it to a final finish using 2000 grit and have started to buff it, better to do the sanding and buffing a bit at a time as it can get boring. 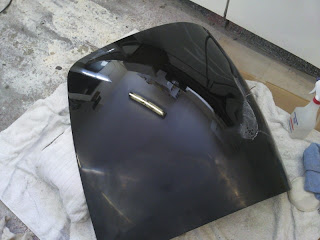 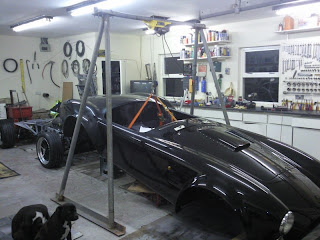